Belize is a country on the eastern coast of Central America. It is the only country in Central America whose official language is English, though Belizean Creole (Kriol) and Spanish are also commonly spoken. Belize is bordered on the north by Mexico, on the south and west by Guatemala, and on the east by the Caribbean Sea. Its mainland is about 290 km (180 mi) long and 110 km (68 mi) wide. Belize is one of the smallest countries in North America, but it is home to many of the most important features 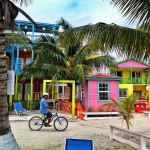 Caye Caulker is a small limestone coral island off the coast of Belize in the Caribbean Sea measuring about 5 miles (8.0 km) (north to south) by less than 1 mile (1.6 km) (east to west). The town on the island is known by the name Caye Caulker Village. Caye Caulker is about a mile away from the Belize Barrier Reef.  Caye Caulker has no paved roads and colorful buildings echoing the vibrant reef. There will be EXCLUSIVE access to a tour of a croc infested lagoon on a PRIVATE island. 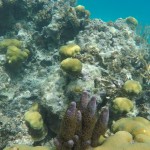 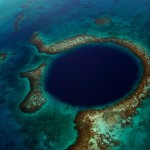 The blue hole is one of the top ten diving sites in the world. The hole is circular in shape, over 300 metres (984 ft.) across and 125 metres (410 ft.) deep. The world’s largest natural formation of its kind, the Great Blue Hole is part of the larger Barrier Reef Reserve System, a World Heritage Site of the United Nations Educational, Scientific and Cultural Organization (UNESCO).